Written by Norm Henry
From his column A Sound Mind 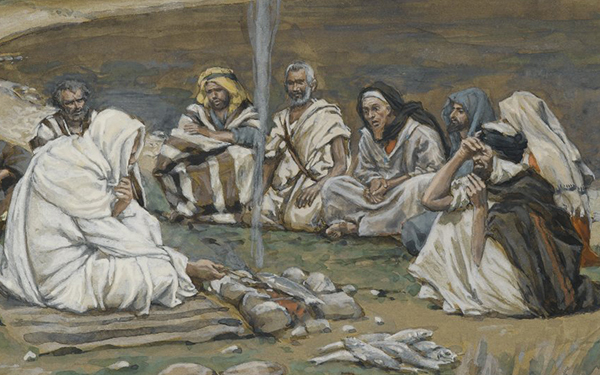 I love Christmas and Easter presentations at church. Several years ago, I played an apostle in our Easter program. Now, I do not remember which one I represented. I really would like to have played John and been able to recline next to Jesus, but I was too old. Peter would have been the next logical choice. In my earlier years, I was much like Peter—impulsive, reactive, and often quick to speak without thinking. But I was too small, so I played one of the other disciples.

As I have read the Gospels, I have often thought about Peter and John. Both had similar experiences. Both were fishermen on the Sea of Galilee. Both were called at about the same time, and both responded immediately to Jesus’ call. I like that. I always want to respond immediately to God’s direction.

We know what Peter was like before Pentecost by his words and behavior as captured in the Scriptures. Apparently, at the beginning of his journey as a disciple, John was more like Peter. In fact, Jesus nicknamed him and his brother James “sons of thunder.” And either John, or his mother, asked Jesus to allow the men to sit beside Him in His Kingdom. That request bothered the other apostles.

Love is not defined by how much we love God, but how much He loves us.

As Peter and John journeyed with Jesus, they were privileged to observe many miracles—the healing of the blind, the paralyzed, and the sick. They were there when Jesus calmed the storm and walked on water and fed the 5,000 with only two fish and five loaves of bread. And they were there with James at the transfiguration. It was a moment when Peter was still learning there is “a time to be silent and a time to speak.”

John and Peter were both present in the Garden of Gethsemane when Peter thought he needed to physically defend Jesus…and in the courtyard at the Lord’s trial when Peter betrayed Him out of fear.

But John stayed as close to Jesus as he could, from start to finish, and was transformed into “John the beloved.” Perhaps some of the apostles misunderstood his close relationship with Jesus, but John was humbled by Jesus’ love for him. In John’s own Gospel he never names himself, choosing rather to be known as the “disciple whom Jesus loved.” Of course, John was not the only apostle Jesus loved, but love defined his experience with God. In First John, he helps us better understand with comments like “How great is the love the Father has lavished on us that we should be called children of God. And that is what we are!” Love is not defined by how much we love God, but how much He loves us. We need to live in the experience of His love for us! John was so convinced of God’s love for him (and everyone else) that he could follow Jesus Christ to the cross and listen closely during the last few hours before the crucifixion and resurrection and later be able to reveal the amazing words of Jesus as He shared His heart with apostles and friends at history’s most sacred moment.

Peter’s grief over betraying the Lord must have been intense, but Jesus initiates reconciliation by asking “Do you love me?” The broken Peter is restored to the One he had betrayed. Wow! I love this part of the story, because I too have betrayed the Lord and have experienced His forgiveness.

But then, the very human Peter who would become a pillar of the Church sees John and asks “What about him?” Peter has just suffered through the embarrassment of failure and restoration to His Master, yet he has the nerve to ask about John? Jesus ignores the disciple’s frailty and lovingly gives direction: “You follow Me.” Wonderfully, it’s the same response He gives to you and me when we ask “What about him or her or them?” and invites us to recognize that we too are disciples whom Jesus loves!

Dr. Norm Henry has served the Church of the Nazarene in numerous capacities as both psychologist and minister.