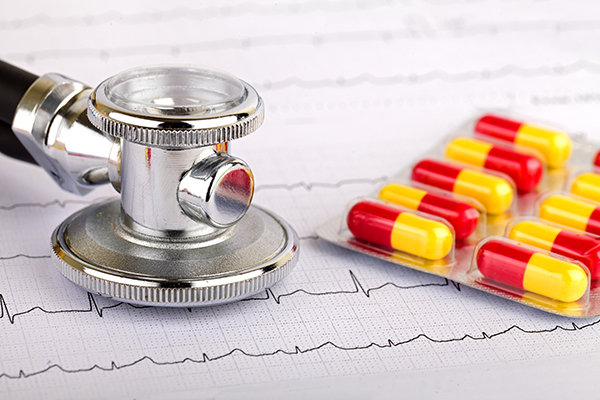 I stepped into the exam room. John looked concerned and tired, unexpected emotions for the usually jovial 67-year-old. “Good morning,” I said. “What’s going on?”

“I just don’t know, Doc. For the past 3 days, I’ve been so tired I can barely make it up the steps at home. I feel like I’m out of breath, but there’s no cough or anything like that. And my chest feels weird, kind of full.” He gestured at the center of his breastbone as he talked. “It’s not really pain, but something’s not right.”

We went over standard questions. He had been drinking a bit more alcohol recently, but not an abusive amount. His weight was up, as well, and stress was high, with his business on the rocks. He did not have any fever, chills, or heart palpitations, but was experiencing some lightheaded feelings. “The strangest thing—my blood pressure cuff takes a long time to get my blood pressure, and the pulse looks really funny.”

On examination, his lungs were clear, but his heart was very irregular, with no discernible pattern. He did not have a murmur or other abnormality, other than minimal swelling of his ankles.

John’s electrocardiogram told the story, confirming what I was expecting. The tracing showed a very irregular rhythm, with no “P waves,” meaning his inborn pacemaker, the sinus node, was not beating regularly.

The most dangerous risk is stroke.

My patient had joined the group of Americans with atrial fibrillation (a-fib). I gave him a prescription for a medication to control his heart rate, and another to prevent clots in the heart that could cause a stroke, and sent him off to see the cardiologist the next day.

According to the Centers for Disease Control and Prevention, between 2.7 and 6.1 million Americans have a-fib. Nine percent of those over 65 have it, and 2% of those under 65 have it as well. Many with the disorder are not aware of it. The usual symptoms are irregular heartbeats, lightheadedness, fatigue, shortness of breath, and chest pain.

The impact on society of this common disorder includes 750,000 hospitalizations yearly, and 130,000 deaths in which a-fib is a contributing factor. The CDC estimates the cost of a-fib at $6 billion per year.

So, what are the risks of having a-fib? I’m glad you asked. The most dangerous is stroke. Because of the disordered blood flow in the heart, small clots can form within the chambers. These clots can travel through the circulation to the brain, causing a stroke. People with a-fib have a stroke risk that is 4 to 5 times that of the general population, and those strokes tend to be worse than those from other causes.

Treatment for a-fib consists of two main lines of attack: 1) rate/rhythm control, and 2) prevention of clotting. For John, the best rate-controlling medication was a beta blocker, metoprolol, in a high enough dose to slow his heartbeat and prevent extra or overly-rapid beats. Some people need a calcium channel blocker such as diltiazem, and, for a few, there are more aggressive medications such as amiodarone or flecainide. As a family physician, I leave those decisions to the cardiologists. In my opinion, a-fib requires at least a cardiology consultation. Rate control is sometimes achieved by invasive methods such as catheter ablation, and in a few cases pacemakers are needed, usually when the rate is too slow.

Preventing strokes can seem controversial in the public eye. Anticoagulants such as warfarin carry the risk of bleeding, including serious bleeding in the brain or other internal organs. Warfarin also requires careful monitoring, at least monthly, to make sure anticoagulation is high enough but not too high.

Newer anticoagulants, such as Xarelto and Eliquis, that are somewhat safer and more effective than warfarin, are now available. They are, however, extremely expensive, so they are not always available to an individual patient. Additionally, advertisements by class-action attorneys can make such medications seem more dangerous than warfarin.

No matter what treatment is recommended, the choices should be a collaboration between the patient and his or her physicians. That is the only reasonable way to treat and prevent complications with this, or any other condition.