Written by Don Walter
From his column A Minute with Don 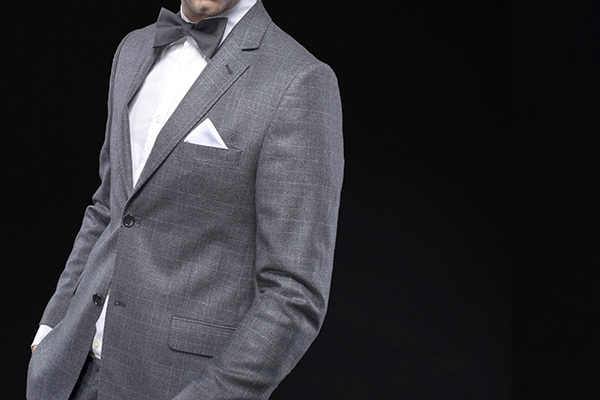 As I’ve aged I’ve become less fashion focused. This will come as a surprise to most, since I probably have never appeared to be fashion conscious. My greatest appreciation for recent fashion trends pertains to ties—or no longer having to wear one all the time. Besides the comfort factor, I don’t have to be concerned with color, pattern, or width. However, I am pre-treating more stains on my shirt fronts.

Years ago, when ties were ubiquitous business attire, I was visiting my physician, who informed me I needed medication for high blood pressure. He then added, “I usually can spot a blood pressure issue if the patient is wearing a tie.” Apparently tying a silk band around one’s neck, and having a job that required one to do so, had health implications. I wanted to explore the idea with him, but since he too was wearing a tie I wasn’t sure what turns the conversation might take.

St. Paul knew a little something about fashion and health. His advice in Colossians 3:12 says, “Therefore, as God’s chosen people, holy and dearly loved, clothe yourselves with compassion, kindness, humility, gentleness and patience.”

The Bible tells us a few things about fashion and its history. One of the first things Adam and Eve decided after indulging in forbidden fruit was that they should “sew fig leaves together and make coverings for themselves.” I’ve thought about what that must have been like. On occasion I’ve found myself needing to replace a button on my shirt as I’m hurrying to get dressed. I’ve imagined that the first evidences of original sin may have occurred in trying to find a needle and thread. But then again, I may be making too much out of the sewing language.

The Bible tells us a few things about fashion and its history.

Not long after the fashioning of fig leaves, our original parents encounter God, who creates clothing out of animal skins for them. Apparently their choice of foliage design needed an upgrade. Some theologians have noted it is the first record of man’s needs being accommodated by the death of other creatures. And we are introduced to the concept of fashion as a theme throughout Scripture to which we should give some attention.

Of all the stories Jesus told, my favorite is that of the Prodigal Son. There is so much content in that one parable about love, life, sin, redemption, and restoration. Again, we gain insight if we look at comments about what is being worn. It is no small thing that Jesus goes into detail about the father’s clothing choices in response to the return of his son.

The robe, ring, and sandals are significant in outlining all God wants to provide in restoring us to relationship with Him. The “best robe” was no doubt the father’s own. Nothing would do more to cover the rags of a swine herder and restore family identity than a covering of the father’s own robe.

The ring likely was another sign of family identity, perhaps even allowing the son to transact business on behalf of his father. The sandals were symbolic of the father’s trust. Slaves and captives in war were often deprived of their footwear to ensure they did not wander. In giving sandals the father was assuring the son and all who knew him that he was trusted, despite his past wanderings in a far off country. I can only imagine how those looking on must have been overwhelmed by the lavish extravagance of this fashion display. How could they not have concluded that the father’s love for his son was greater than anyone had envisioned?

As a Nazarene teen coming of age in the 1960s, I was instructed that “God’s people” dress a certain way. That conversation usually ensued when I wanted to wear Levis to church or delay haircuts. After a certain age, the thought of heading out the door on Sunday morning without a tie never occurred to me. If I’d known then about ties and high blood pressure, I likely would have argued my case from a health perspective. The end result, however, would have been the same. The tie would have been part of my “Sunday best.”

As with many things in my adolescence, I was missing the point. Regardless of appearance, it was attitude and mindset that mattered. As a teen, it was about self-expression and resistance to conformity. My parents understood that was one of the key issues the Heavenly Father had to address with His first children. By the account in Genesis, it didn’t end well.

As it turns out, Paul’s “holy attire” noted earlier is also good health advice. Recent medical studies indicate a Colossians 3:12 lifestyle is good for you. “Compassion, kindness, humility, gentleness and patience” are all attributes of those living in sound mental and physical health. That also sounds a lot like what it means to be Christlike.

So, what are you wearing this season? As the weather changes, and we in the northern climes exchange our heavy attire for that which is lighter, perhaps we should heed Paul’s fashion advice and slip into something more appropriate.

Don Walter is director of Pensions and Benefits USA for the Church of the Nazarene.