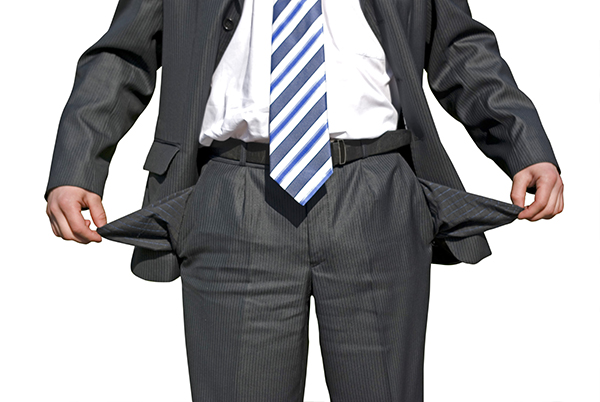 I listened with interest as Martin (name changed) described riding local street cars to visit congregations as a representative of the National Sunday School Association. In that period of his life, a primary ministry for Martin was to encourage congregational leaders in the area of Christian education. Many Sunday mornings in the 1950s found him leaving home early to visit congregations before going to his own church for worship. On my first visit as his new pastor, I rejoiced to have such a dedicated man in the congregation.

Martin exhibited the same commitment to his employer. For most of his life, he worked as a manager with an organization that provided bread for regional grocery stores. He was a company man who served with integrity for the benefit of the business.

Just before he retired, however, his employer declared bankruptcy, and he learned that the pension he had been promised was gone. His working life was drawing to a close, and he had no alternative strategy for funding retirement. By the time I met Martin, his standard of living was greatly reduced from what he had known throughout his working life.

In August 2018, the Consumer Bankruptcy Project issued a report. In “Graying of U.S. Bankruptcy: Fallout from Life in a Risk Society,” researchers discussed data that shows an alarming rate of increase in the number of bankruptcies filed by older persons. The report stated, “We find more than a two-fold increase in the rate at which older Americans (age 65 and over) file for bankruptcy and an almost five-fold increase in the percentage of older persons in the U.S. bankruptcy system. The magnitude of growth in older Americans in bankruptcy is so large that the broader trend of an aging U.S. population can explain only a small portion of the effect.”

62% (age 65 and older) blamed medical expense as a primary cause of bankruptcy.

What contributed to the huge increase in bankruptcies by older citizens? Of the 895 bankruptcy filers in this study, 69% indicated their financial struggle was the result of a decline in income. These problems may have been caused by insufficient retirement proceeds or job loss. Six out of ten (62%) blamed medical expense as a primary reason. Additionally, when asked to name the single most important thing they had to forego in the year prior to their bankruptcies, 52% identified medical care.

In Acts 6, we read about the needs of widows and the church creating new initiatives to care for them. Today’s church faces a similar challenge. The significant increase in financial stress being experienced by older adults suggests there may be more “Martins” in congregations today than when I listened to his story over 25 years ago.

In the Consumer Bankruptcy Project study, 20% of the older participants struggled for five years or more in their attempts to avoid bankruptcy. More than 42% struggled for two to five years. When these two groups are combined, we see that almost two out of three persons in bankruptcy carried the financial stress for two years or more.

Congregational leaders would do well to carefully watch for signs of financial stress among older members, especially those without family or others to assist them. A congregation may be wise to follow the example of the Early Church and choose several from among them who are “known to be full of the Spirit and wisdom” (Acts 6:3) to come alongside of those suffering financial stress.

No One to Blame

In the last few decades, employers have placed more financial responsibility on their employees. For example, instead of “defined benefit,” most retirement plans are now “defined contribution.” 401(k) or 403(b) plans allow employees to make pre-tax contributions to their own individual accounts. Employers may also contribute, but are not required to do so.

A similar transition has occurred with health insurance. Many healthcare plans have increased deductibles and co-payments in recent years. In doing so, individuals retain more of the financial risk.

Those under the older defined benefit programs, like Martin, could blame employers for the failure of their pension plans. But given current financial practices that make individuals responsible for taking action, persons will have no one but themselves to blame if retirement needs exceed personal resources.

Given the trend, pastors would do well to put their own financial houses in order. Debt should be purged as quickly as possible and living expenses minimized to allow for more investment for retirement. Such action now can provide great peace of mind in later years, and, along the way, these persons may just find they have enough to share with the Martins in their lives.