Antibiotics Can Hurt You 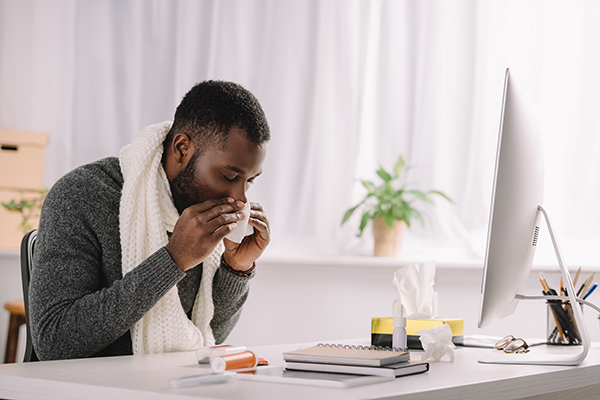 When I started medical school 40 years ago, I was taught that antibiotics were amazing medicines, to be used only when a bacterial infection was present. So, when I started practice 33 years ago, I was ready to apply that information correctly, to educate my patients that antibiotics were unnecessary for colds and flu, and for most respiratory infections.

I joined a group of established physicians. In the first week or two, I heard a conversation like this: “Doc, I’m coughing up green stuff, and I feel crummy. No fever, but I think I might need an antibiotic to clear this up.”

The doctor did a quick physical, and said, “Well, if you’re coughing up phlegm, we should treat you with an antibiotic. Here’s a prescription for the newest one. It’ll clear up that infection right away.”

I was of two minds: either this successful physician hasn’t kept up with the research, or I was taught something that just doesn’t work in the real world. I am not proud to say that the second thought won out for the first few years of my practice.

Patients with a story of colored sputum, a bad cold or facial pain mostly got an antibiotic. Then they would get another antibiotic a few days later when the first one did not help their cold, and sometimes get a third one after that. The patient would be convinced that the last medication was the right one all along, although they didn’t really need an antibiotic at all. They also may have been affected by abdominal pain and diarrhea caused by the antibiotics.

Almost all bronchitis and sinus infections are caused by viruses, so antibiotics do not help.

Unnecessary use of antibiotics has caused a crisis in medicine. Now we have bacteria that are resistant to almost every antibiotic available. You have probably heard of one of them: MRSA. The initials stand for Methycillin-Resistant Staphylococcus Aureus, a bacterium that causes severe, difficult to treat infections. Some patients need surgical treatment for MRSA, and some require intravenous antibiotics for weeks or months. MRSA is resistant to nearly every antibiotic we have, so treating it is almost like a return to the days before antibiotics. Some people even die from this infection, with a bug that would not exist had not antibiotics been overused.

Another severe complication of using antibiotics is infection with Clostridium difficile, commonly called C. diff. About 3% of adults carry this bacterium in their intestines without being affected. But when a person who has C. diff receives an antibiotic, the normal gut bacteria can be killed, while C. diff is not. C. diff is antibiotic-resistant, so when competing bacteria are killed off, it can take over, growing quickly and infecting the walls of the gut. About half a million people in the United States get this infection yearly, and 29,000 of them die with it. The most common cause is prior treatment with antibiotics. The risk of getting C. diff increases with advancing age and disability.

So, when do you really need an antibiotic? If you have a cold, you don’t. It’s that simple. In such cases, an antibiotic will not help you get better faster, and can cause problems you would not have if you had not taken it in the first place. A couple of decades ago, I started giving patients an antibiotic prescription, saying, “Now, don’t fill this. If you start having fever over 100 degrees, foul-smelling mucus, or facial pain, then fill it. If you get better and then get worse again, then fill it, as you might have a bacterial complication of your cold.” Most come back later telling me they did not fill the prescription, and they got better just like we discussed.

Almost all bronchitis and sinus infections are caused by viruses, so antibiotics do not help (unless you have underlying illnesses such as chronic bronchitis, emphysema, COPD, or chronic sinusitis). The signs of bacterial complications are, again, fever >100 degrees, foul mucus, facial pain, and shortness of breath.

If you think you need an antibiotic, see your doctor. Please, please don’t call him or her and ask for one. And, if you get an antibiotic prescription every time you see your physician, you might need a new doctor. It is easier to write a prescription than to explain why one is not needed, but frequently the explanation is more important than the prescription. You need someone who keeps up with the research and makes time to educate patients about when to use antibiotics and when not to.