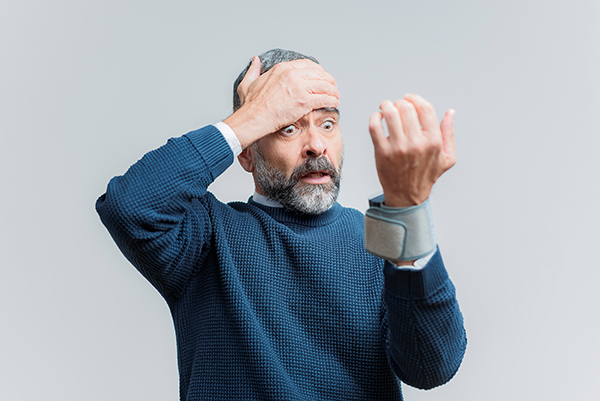 So, the doctor said you have hypertension—high blood pressure—and wants you to take medicine, but you feel fine. What’s hypertension all about? Why do the guidelines for treatment keep changing?

Guidelines for hypertension evaluation and treatment have been published for decades, and each physician organization may modify the guidelines to fit its own research. When guidelines are published, headlines are often sensational, making it seem that physicians just can’t make up their minds.

Two major guidelines have been published in the last five years: JNC-8 (Joint National Committee on Prevention, Detection, Evaluation, and Treatment of High Blood Pressure) in 2014; and ACC/AHA (American College of Cardiology/American Heart Association) in 2017. The ACC/AHA guidelines urge far more aggressive blood pressure control and definitions. These have not been adopted by some organizations, so I will use the JNC-8 guidelines.

The method for measuring blood pressure is important. In most offices, you walk in and the first measurement after your weight is blood pressure. Frequently, the test is done with you sitting in a chair or on the exam table with no back support. If your pressure is high after a quick check, you should have a recheck following the proper protocol, before decisions about treatment are made. The proper method is to have the test after you have been sitting in a quiet room for five minutes. You should be sitting in a chair with your back supported, legs uncrossed, feet flat on the floor, and with the arm being tested at heart level. I frequently have people check their blood pressure at home, and if the office readings are substantially higher, we use the home readings for treatment.

Treatment of hypertension starts with lifestyle.

What happens if hypertension is left untreated? One famous case was that of Franklin Delano Roosevelt. His blood pressure, at around 145/100, was considered high-normal for the times when he became President in 1931. It rose steadily throughout his 14 years in office, becoming especially high after 1941. In March, 1944 he showed signs of hypertensive heart disease, congestive heart failure, and kidney disease with proteinuria (protein in the urine). In the last year of his life, he was quite ill much of the time, with blood pressure that varied from 170/100 to 250/150. At his death in April 1945, his blood pressure was estimated at 350/195. Death was attributed to a massive cerebral hemorrhage.

There were no effective blood pressure medicines until the 1950s, so FDR never stood a chance. However, his doctors noted that he was a heavy smoker, drank too much alcohol, and loved fried foods. They recommended he adjust those habits, but lifestyle treatments were too little and too late for him.

According to the Centers for Disease Control and Prevention, 33.2% of adult Americans have hypertension. The prevalence of the disorder is similar in most of the developed world, ranging from 19.4% in Egypt to 43.8% in Iran. United Kingdom statistics are about the same as the United States. Deaths from hypertension and hypertensive renal disease in the U.S. numbered 33,246 in 2016.

Treatment of hypertension starts with lifestyle. In pre-hypertension and early stage 1 hypertension, the treatments recommended for FDR still apply: weight loss, avoiding fried and salty foods, tobacco and alcohol, and performing aerobic exercise. The DASH diet (Dietary Approaches to Stop Hypertension) has been shown to be effective in reducing blood pressure. You can access the diet here. There is no charge for the information, and although it is not technically a weight loss plan, it may help with that, as well. In general, walking is the best exercise for most people, if they are able to do so. Walking briskly for 30 minutes per day for at least 5 days a week should be enough.

There are many medications for high blood pressure. Thankfully, most are now generic, so cost is rarely an issue. They include diuretics (water pills), ACE inhibitors, angiotensin receptor blockers (ARBs), calcium channel blockers, and beta blockers. That list is just a start, as there are several other types. Most people require two or more medications to control their blood pressure, so be ready to hear that news.

Decisions about when to use different medications, and complicated blood pressure treatments are beyond the scope of this article. Just know that you need to have a doctor you trust, who keeps up with the literature and who is willing to take a little time with you to make sure your treatment is effective and tolerable. Also know that you are an active participant, and if you do the right things regarding lifestyle, you may never need medicines for hypertension.