Finding Relief from the High Cost of Meds 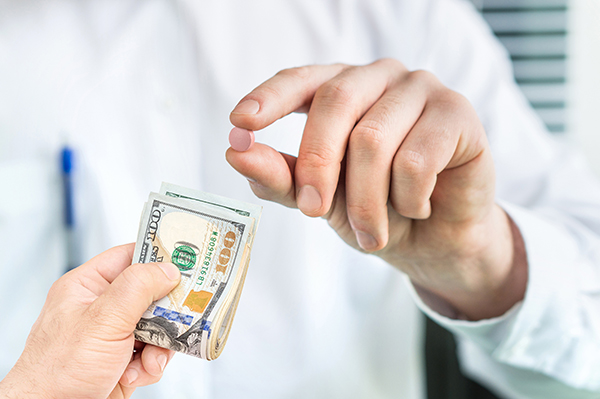 “Mr. Baker, your hemoglobin A1c is over 8%, and your cholesterol is over the moon. Has your diet been off or what?”

He shifted in his chair. “Doc, that new medicine you gave me worked pretty well, but when the samples were gone, I found out it cost $400 a month, and that’s my copayment. I bought a month’s worth, but I only took it every other day. I’ve been out of it for a month.”

This is a story primary care physicians hear frequently. If you take medications, it may sound familiar. Almost daily we see stories about rising drug prices, and when patients take several meds, they may be faced with deciding whether to purchase drugs or groceries.

In the U.S., prescriptions make up more than 10% of medical care costs, or about $450 billion per year. Many drugs are now generic, which reduces their prices, but even generic drugs can be expensive. The FDA recently brought lawsuits against several generic manufacturers for collusion in pricing.

So why are drugs so expensive? Pharmaceutical manufacturers say their prices are justified because it costs a lot to develop new drugs. However, a 2017 article in AARP Magazine stated that 9 of 10 of the largest drug companies spent more on marketing than on research and development. A study cited in the Journal of the American Medical Association in January 2019 found drug manufacturers spent $29.9 billion on marketing of drugs in 2016, with most of that amount ($20.3 billion) used for marketing to medical professionals. $9.6 billion was spent on direct to consumer advertising. 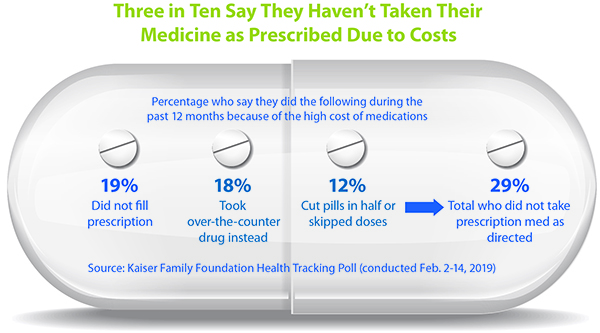 Prices for drugs can vary wildly between pharmacies. I recently wrote a prescription for a medication that has become generic in the last two years. I told my patient to take it to a low-cost pharmacy, and he said, “Oh, my insurance should cover it.” He chose to take it to one of the pharmacies found on almost every corner in most cities, and the druggist said, “Well, that’s not covered, and it will cost you $1,500.” My patient asked the pharmacist to return the prescription, went to a low-cost pharmacy, and paid less than $30. No, that’s not a misprint. The cost at another store was 2% of the price at the large pharmacy chain.

Even prescription mail services can be more expensive than the cash price at some low-cost pharmacies.

Having insurance is not a hedge, because the cash price for some drugs is less than a person’s insurance copayment. Even mail services can be more expensive than the cash price at low-cost pharmacies such as Costco and Walmart. I found this out personally when I priced a new prescription my doctor wrote for me. (Yes, I see a family doctor, just as I hope you do.) At the corner drug store, it was $40 per month for the generic. With my mail-in pharmacy it would have been $80 for three months. Good deal, right? Wrong—I got it for less than $40 for three months by paying cash at Costco.

Many of my Medicare patients pay less at the corner pharmacy for generic drugs, sometimes as little as $2 or $3. However, the pharmacy may charge Medicare much more than that, and if overall drug expenses for an individual reach $3,820 in a year, the costs to the patient are much higher. That “donut hole” problem is supposed to go away in 2020, if the original Medicare Part D legislation is followed, but until then you should use caution to avoid getting into the higher-cost level.

Some of my patients have bought medications in Canada, either online or in person. That sort of purchase is on the edge of legality, but the chance of being prosecuted is very small. However, there are counterfeit pills that look identical to brand name drugs, and if you are getting meds from a non-U.S. pharmacy, you are taking a chance. In addition, if you are buying online you have no assurance that the source is even in Canada. Buying drugs in Mexico is a solution for some, but again, the risk of receiving the wrong medication or a counterfeit is just too high.

So, what should you do to help decrease the cost of medications? First, talk with your doctor. They may not even be aware of the price of a medication. My experience has been that when I talk with a pharmaceutical representative, the prices they quote are far lower than what my patients are charged at the pharmacy. We physicians often don’t have better sources than our patients about drug costs, but we do know which generics can be substituted for more expensive brand name drugs.

Second, price shop. You may like your pharmacist, but they don’t have the ability to reduce your costs as well as you probably can by using your phone. The GoodRx app for smartphones allows you to look up a medication, and will show the lowest prices in your area. You can either download the app or look up the drug on a computer and print the coupon. The app is free, and it can save you hundreds of dollars. I recently used it to save $160 for a three-month supply of a medication.

Third, the best method of reducing drug costs is to avoid needing them in the first place. Exercise and weight loss can eliminate the need in many patients for blood pressure and diabetes meds. Besides saving money, the right lifestyle can make you feel better, and may even extend your life.