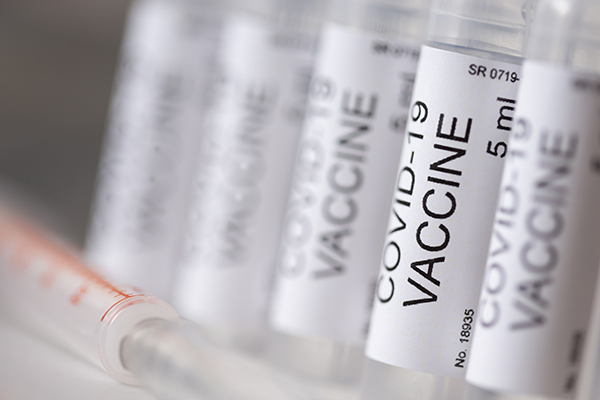 At the time of writing, news arrived that there may be a vaccine for COVID-19 as early as September 2020. This is far earlier than expected and is extremely good news, but it raises questions about how such a vaccine could be produced so quickly. So, I did some digging.

A vaccine has antigens, parts of viruses or bacteria that fool the immune system into reacting as if there were an actual infection. After the reaction, antibodies remain, leaving the immune system with a “memory” for the infecting germ. When a person is exposed to the infection, the immune system “remembers” that microorganism, quickly makes more of the antibody needed, and blocks the germ from infecting the person. It’s sort of like an army in training. If there is an actual conflict, the soldiers will be ready to repel the invaders.

The COVID-19 vaccine race is on.

Vaccine production is a mystery to most people, including a lot of medical professionals. Many of us learned how they were made early in medical training, but production details were few. There are four main types of vaccines: inactivated, live-attenuated, subunit or recombinant, and toxoid. Each type has properties that are unique to the disease-causing germ it is designed to combat.

Inactivated vaccines contain “killed” versions of the disease-causing germ. Examples are a flu shot, injectable polio, and hepatitis A. Since the vaccine contains nothing living or active, the disease cannot be caused by the vaccine. When people say they got the flu from a flu shot, I never doubt that they were ill, but the vaccine did not cause it. Although they are very safe, inactivated vaccines do not stimulate as strong an immune response as live-attenuated vaccines, so they must be repeated (boosters) more frequently.

Live-attenuated vaccines use a weak form of the virus. You might remember receiving smallpox vaccine as a child. I got mine at school, as I’m sure many of you did. The virus was placed on a spot on the skin that had been prepared by scratching or puncturing with a needle, and a localized viral infection would occur. I can’t find my smallpox scar anymore, but some people experienced major reactions and life-long scarring. Because of this vaccine, however, on December 9, 1979, smallpox was eradicated from the world. I remember hearing about the last person being vaccinated during my first year of medical school. For that reason, people born after that time do not get the vaccine. Other live-attenuated vaccines include MMR (measles, mumps, rubella), chickenpox, and rotavirus. These are grown in cell cultures in a way that keeps them from being able to cause disease. For instance, some are grown in chicken or egg cell cultures for many generations, until they mutate and lose the ability to cause disease in humans. Live-attenuated viral vaccines cause a stronger immune response that lasts much longer than inactivated vaccines.

Recombinant vaccines contain parts of the germs. Sometimes these are parts of the cell walls, or DNA from a virus, or other substances from the germ. Examples are vaccines for pertussis (whooping cough), hepatitis B, meningococcus, Strep pneumoniae (pneumonia shot), and the newer shingles shot (Shingrix). Sometimes a substance (an adjuvant) is added that makes the immune response stronger.

Toxoid vaccines contain a small amount of toxin that the germ produces, thus making the individual immune to the toxin. The best example is tetanus toxoid vaccine, which is so effective that cases of lockjaw are now extremely rare in the U.S. Worldwide, however, there are still around 250,000 deaths yearly from this preventable disease.

The COVID-19 vaccine race is on with multiple companies competing to see who can make the first. One vaccine uses inactivated SARS-CoV-2 (the virus that causes COVID-19) viral particles, and it has shown promise. Johnson and Johnson is testing a vaccine that uses another virus that is harmless, to deliver one of the proteins from the SARS-CoV-2 virus. Both of these are in human trials, as are several others. The speed at which these medications are being tested and produced is breathtaking, a truly amazing scientific venture, made possible by gene sequencing of the virus that occurred in January 2020. Such rapid action has never been possible in the history of mankind, and is a modern scientific miracle.

At least two of the manufacturers have announced their vaccines should be available by September or October 2020, although they will have to clear regulatory agencies, proving they are safe and effective. These vaccines hold the promise to allow our society to safely function again without flares of disease that are happening as I write. Even though there is optimism, complications may occur, delaying the vaccine until next year.

I’ll close with a word on vaccine refusal and “anti-vax” efforts. Vaccines have saved countless lives, keeping formerly fatal diseases at bay when enough people receive them. There is no conspiracy. They do not cause autism, or weaken the immune system. Nobody gets rich giving vaccinations (we hope just to break even in our office). Although vaccines contain substances that sound frightening, the amounts are so minuscule they cannot cause disease. Also, nobody is doing abortions to retrieve fetal tissue to make vaccines (one of the most scurrilous lies I have ever heard).

Vaccinations can help you, they can keep the ones you love safe, and they can allow America and the world to move beyond COVID-19.