A Time to Be Thankful 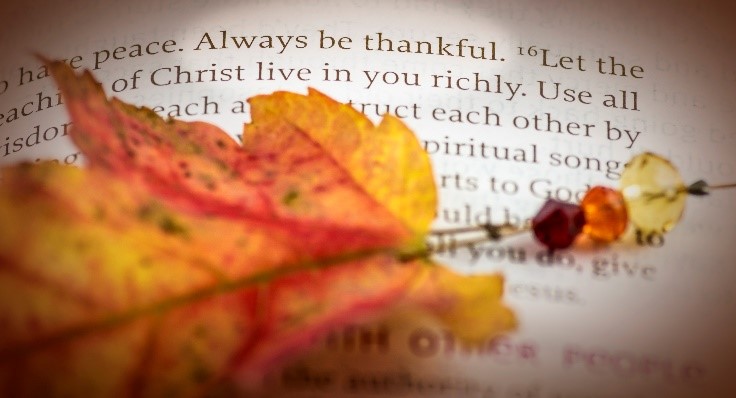 In the fall of 1863, the United States was engaged in a great civil war that threatened to topple the democratic experiment birthed less than a century earlier.

The previous July 4th had been marked by the retreat of Confederate troops following a major battle at Gettysburg, Pennsylvania. That engagement, which proved to be a turning point in the war, produced 51,000 casualties in less than three days.

America was divided. Most Blacks (an estimated 3.9 of 4.4 million) were “owned” as slaves, and disease was rampant. Two thirds of the 660,000 deaths of soldiers during the conflict were caused by infectious diseases. Contention and anxiety were the order of the day.

Despite such grave circumstances, there were those who recognized a need to, as a nation, express thanks to God. The editor of a prominent lady’s journal and author of what would become the song, Mary Had a Little Lamb, Sarah Josepha Hale, had promoted a national day of thanksgiving for decades. Politicians from the time of George Washington had called for periods of thanksgiving, but no formal declarations were issued after 1815.

On September 28, 1863, Mrs. Hale sent letters to both Secretary of State William Seward and the President in which she called on the chief executive to declare a permanent day of Thanksgiving. Within a week, Seward had drafted a proclamation on behalf of Lincoln, which the President made official. It fixed the final Thursday in November as that special day, which they hoped would help “heal the wounds of the nation.”

A devastating pandemic, isolation, record job losses and business closings, political and social unrest, and a grueling election season have marked the year 2020. It has been a time few will ever look back on with a sense of fondness. Nevertheless, it is fitting that we turn to God in thankfulness for His mercies and care. If each of us would take a few moments to cite the things for which we are thankful, the list would likely grow very long indeed.

God’s Word calls us to express our thanks in verses such as these:

Giving thanks is fitting regardless of our circumstances, for in doing so we lose sight of our own problems and instead focus on the One who loves us and likewise understands suffering, loss, and death.

The staff of Pensions and Benefits prays that this season and the coming days of the New Year will be filled with the peace and joy of Christ for you and yours.