Protecting Your Eyesight (Part 1 of 2) 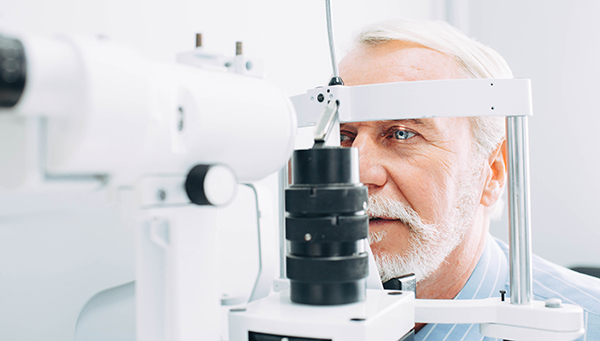 Mr. Hunter called late at night from his hotel in Baltimore. “I was getting ready to go to bed, and all of a sudden I saw a curtain drop in my left eye,” he exclaimed. “The top half kind of went black, with some light flashes, and it seems to have stopped there, but I can’t see in the top half of my eye.”

“Do you have eye pain? Does the loss of vision affect both eyes?” He answered no to both questions. “Mike, you need to get to a hospital emergency room right now,” I said. “I think you have a retinal detachment.”

“I have a flight leaving to come back home in the morning. Couldn’t I just wait until tomorrow?”

I told him that a flight from Maryland to Phoenix would be a very bad idea with his symptoms. He agreed to go to The Johns Hopkins medical center.

When Mike returned to Arizona, he had already had a procedure to reattach the retina, and he was beginning to have a little bit of vision in that part of his eye. His vision eventually recovered completely. Had he waited, it might have been too late for an effective surgery.

We see eye problems in primary care almost daily—from simple conditions like dry eye syndrome, corneal abrasions, and conjunctivitis, to retinal artery and vein occlusions, glaucoma, and more. In the United States, four vision-threatening eye diseases affect over 25% of the adult population aged 40 and older. They are: cataracts (24,409,978), diabetic retinopathy (7,685,237), glaucoma (2,719,379), and age-related macular degeneration (2,069,403). Each of these diseases can cause blindness if not diagnosed and treated appropriately.

In the United States, four vision-threatening eye diseases affect over 25% of the adult population aged 40 and older.

Just about everyone over age 50 knows someone who has had cataract surgery, or has had it themselves. A cataract is a cloudy lens in the eye caused when proteins build up and clump together, causing the normally clear lens to distort light passing to the retina. When the lens is cloudy, images can seem blurred and dull, like looking through a fogged-up window.

Cataracts are usually treated by replacing the cloudy lens with a new plastic, acrylic, or silicone lens. The procedure usually takes about 15 minutes, and the patient goes home the same day. Complications are rare, and most people can see better within days.

Diabetic retinopathy is a complication of diabetes in which vessels in the retina are damaged, causing plaque formation and bleeding, and can lead to blindness. I ask diabetic patients to see an ophthalmologist once a year, as such vascular changes can be identified and treated with laser before they cause vision loss. Of course, careful control of diabetes is essential in preventing this serious eye condition.

Glaucoma is caused by high pressure in the fluid within the eye. In early glaucoma, there are no symptoms, and loss of vision can be very gradual. Blindness in one or both eyes occurs, even with treatment, in about 15% of glaucoma patients within 20 years. Early detection and treatment are important. Eye pressure checks are simple and painless, and can be performed in the ophthalmologist’s or optometrist’s office. The American Academy of Ophthalmology recommends dilated eye exams every 1 to 3 years for those over the age of 55, and 1 to 2 years for persons over 65. Risk indicators include a family history of the disease, older age, diabetes, heart disease, and hypertension, among others.

Age-related macular degeneration (AMD) causes loss of sight in the center of the visual field. Although it occurs less often than the other eye problems mentioned, it is the leading cause of irreversible vision loss in people over age 60. In the “dry” form, deposits of fat and protein called drusen form in the macula (the area of the retina where images from the lens focus), causing dimmed or distorted vision. Dry AMD occurs first, and about 10% of these cases will progress to the “wet” form, which causes much more serious vision loss.

Dry AMD has no specific treatment, and we don’t really know why people get the condition. It tends to run in families, and occurs more often in people who smoke or have high cholesterol, poor diets, and high blood pressure. Most ophthalmologists recommend a diet with lots of vegetables that contain beta carotene. They also recommend large amounts of vitamins C and E, beta-carotene, zinc, and copper. If you have AMD, look for vitamins with the acronym AREDS, which stands for the “Age-Related Eye Disease Study” by the National Eye Institute. A newer form of eye vitamins, AREDS2, removes beta carotene and adds lutein, zeaxanthin, and omega-3 fatty acids.

Wet AMD occurs when new blood vessels growing under and within the retina leak fluid that damages the macula. It eventually causes scarring that is irreversible, although it can be treated. Medications that reduce abnormal vessel formation can be injected into the retina, and abnormal vessels can be treated with lasers. With treatment, some patients can recover most of their vision, and the disease can be slowed or arrested.

Next time, we’ll consider eye diseases that are even more common, but not vision-threatening, as well as a few very rare causes of eye disease.